How London will look following a two degrees rise in temperatures and the subsequent increase in sea levels.

This morning The Telegraph published an article highlighting to what extent our megacities will 'slip under the waves' as a result of climate change. The article revealed how scientists believe large parts of New York, London, Shanghai and numerous other cities will be submerged by water as a result of rising sea levels, despite attempts to limit global warming by two degrees at an upcoming global warming summit.

The study explained that a two degree increase in the Earth's temperature would still submerge land currently occupied by 280 million people, whilst a four degrees increase would cover areas inhabited by more than 600 million people. This said, even a warming of two degrees will pose a long-term, existential danger to many great costal cities and regions, suggesting more needs to be done to slow down the effects of global warming by reducing the output of greenhouse gases.

These projections are based on climate models that take into account the expansion of ocean water as it warms, the melting of glaciers, and the decay of both the Greenland and West Antarctic ice sheets. Although the timing is much more difficult to predict, with Ben Strauss, vice president for sea level and climate impacts at Climate Central stating, "it is easier to estimate how much ice will eventually melt from a certain amount of warming than how quickly it will melt."

This map demonstrates how each continent experienced warmer than average temperatures throughout June.

This follows reports from earlier this year that warned 2015 could be a record-breaking year, with June witnessing the highest ever temperatures recorded globally. And although many of us long for warmer weather and the opportunity to soak up the sun whenever possible, these rising temperatures pose a serious threat to both humans and our environment, with the warmer it becoming, the more significant these consequences- such as heat exhaustion and severe discomfort within our own homes.

This issue was echoed in the story of Emma Taylor, as featured on our blog earlier this year. Emma's new-build eco home is prone to extreme overheating during the Summer, regularly reaching temperatures of over twenty-six degrees, creating an unusable and highly impractical living environment.

Eco measures such as fitting double glazed windows and insulating the roof will trap heat in the Winter but not allow any to escape during the Summer.

Despite the likelihood of rising temperatures, there are viable solutions that can help offset overheating issues like Emma's- both today and within the future. External shading, primarily in the guise of external roller blinds, are the most effective way to regulate solar heat gain, by creating a physical barrier between the sun's energy and glazing. Our external roller blinds can prevent up to 96% of the sun's heat from entering your home, making them the perfect eco-friendly solution in the fight against Climate Change. 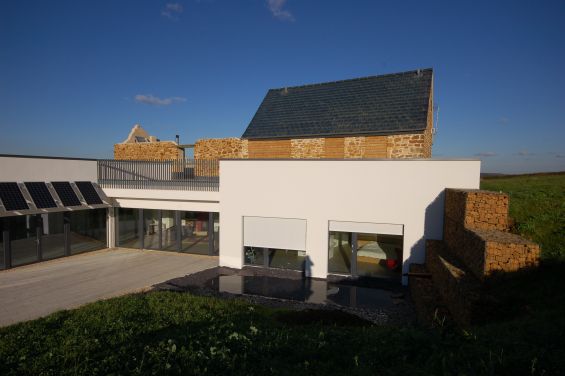 As the UK's only external shading specialist, we have supplied and installed 1000's of external blinds for 'eco' homes. This includes the installation of external roller blinds on the first certified Passivhaus in England, to control glare whilst retain natural lighting so that the property could remain true to its principles of not wasting heat from solar gain.

At Caribbean Blinds we're proud to provide genuine, expert advice on the right external shading solution to manage the entry of solar heat (and light) into all types of buildings, from homes to offices. To find out more, request a copy of our full product catalogue today.

With Christmas now a distant memory (albeit it was only 2 weeks ago) our thoughts turn to Summer and in particular our gardens. With longer than usual lead times, due to the ongoing…

The end of the year is fast approaching, with just 10 days until New Year.  As in 2020, the outdoor living and solar shading industry has seen tremendous growth. The pandemic with its various lockdowns, restrictions and travel bans has meant we all continue to invest in our…

We are delighted to announce that our Managing Director, Stuart Dantzic, has joined the judging panel for the Family Business of the Year Awards 2022 along…